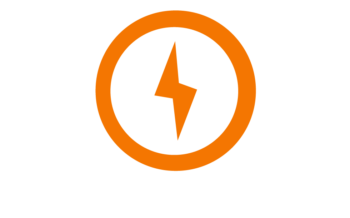 There’s no denying that wireless charging is one of the best things to come to the smartphone industry. It makes upgrading your phone so easy! Unfortunately, it also comes with its downsides. I hope to demystify wireless charging in this post and show you all the pros and cons of this incredible new technology.

What Is Wireless Charging?

Wireless charging was first introduced in 2008 by the Qi standard. The word “wireless” means that you don’t need a cable to transfer energy. In other words, you can place your phone on a charging pad, and that’s it! No plugging in or taking out of the charging cable. Very convenient, right?

Many companies have adopted Qi wireless charging, including big names like Samsung, LG, and Apple. And today, we have a myriad of wireless charging stations that allow you to charge your phone from almost anywhere.

There are lots of benefits to this technology.

Wireless charging is safer than plugging in your phone. You don’t have to worry about tripping over or putting your phone in the wrong place and being electrocuted. It’s all safe and secure!

No more worrying about the charging cable getting misplaced, getting dirty, or going bad. When you’re done using your phone for the day, it’s just a matter of placing it on the wireless charger, and you’re done!

You can still use your phone while it’s charging without worrying about overusing its battery. You don’t have to unplug it from its charger before putting it down when you need to make a call or check emails.

Wireless charging pads are available at many retailers. If you get wireless charging for your phone, you can buy a charging station and place it anywhere to charge your phone. You could even have one at work and another at home!

It’s more convenient since it doesn’t require you to plug in or take out anything. Just drop it on the pad, and that’s it! Just remember to take off the case before placing your phone on the wireless charger!

There are many different ways of achieving wireless charging. The most common is through induction or resonant induction (the Qi standard). There’s also magnetic resonance (WPC, PMA, sDPI). Magnetic resonance isn’t widely adopted yet. But it could be a better choice for larger phones since it requires a special charging mat.

Let’s now look at some of the main cons of wireless charging.

It’s not as fast as plugging into a cable. The standard is based on 5W, which is fine for overnight charging or something like that. But if you want something fast, you’ll have to deal with plugging in your phone instead.

Not all phones support wireless charging yet. Right now, the most popular Qi wireless chargers are for Samsung and Apple devices.

You need a particular case to use the standard. And even then, you might face compatibility issues if you have an older model/ manufacturer of phone or charging mat/ charger.

There’s a chance that your phone could get damaged. There have been reports of fire and explosions because of wireless charging technologies. So it’s essential to make sure that you don’t use any non-compatible chargers if you want to protect your phone as much as possible.

Magnetic resonance or MRC (Melldon Resonance Communication) uses the same principle that magnets work on, but with electricity instead of magnetism. When magnetic resonance comes into contact with an electrical current, it vibrates part of it off at high speed. The excess conducting electrons then move through the insulator and go to another plate via quantum tunneling. This means that the insulator has no effect, and it becomes a conductor. This way, electrical current can be transmitted through the magnetic resonance transmitter without any resistance.

The distance between the plates is important. When there’s a gap between them, less electric current gets transferred than when they’re close together. The smaller the gap, the longer the length of wire needed to transfer charge. Therefore, a longer transmission distance requires more power and more time to charge up a device.

Wireless charging is great because of its convenience and security. But by using proprietary technology, there are some cons you should be aware of. It’s better to stick with the standard so that your phone doesn’t get destroyed.

The only way to prevent wireless charging accidents is to ensure that you don’t use chargers or products that cause fires/ explosions. Since not all phones support wireless charging yet, you might need to rely on devices that do offer Qi & PMA support for now.